Here we want to introduce you some of our speakers.
Every participant prepare some materials which should illustrate nature of Art in Revolutionary movements, or give the Art media evaluation.
So, here are:
Agnes Simor \ Tuzrakter Independent Cultural Centre  (Budapest, Hungary)

Born in Budapest, Hungary, in1979, and graduated at the Eötvös Loránd University of Budapest of Hungarian literature, aesthetics (dance aesthetics) and drama pedagogy.
Poet (Today I dance with spirits, 2007, Jaffa Publishing House), literary and dance critic and literary translator. Between 2001 and 2006 director of the University Theater KASZT, which gave several functions and theatre-dance performances in official and alternative theaters as well. Since 2005 artistic director of the Tűzraktér alternative cultural centre of Budapest. In her own performances the mixture of different kinds of art and the experimental character has a great importance. In 2005 she was honoured by the Ministry of Culture for her organizing activity in the Tűzraktér center.
Presents her view into “Art nature of Revolution: the force of changes and inspiration”
“Major” Waldemar Fydrych, Agnieszka Couderq \ Pomarańczowa Alternatywa (Warsaw, Poland)

Artist, public activist, writer, founder of Orange Alternative movement in Poland. Started his own movement against communist’s dictate in 80th in Poland. In 1980 organized in Wroclaw “Movement for new culture” and after founded Orange Alternative mass movement.
The Orange Alternative (Pomarańczowa Alternatywa) - initially an underground anarchic movement, started in 1981 in Wrocław, a city located in south-west Poland, by Waldemar Fydrych, known as Major (self-appointed Commander of the Festung Breslau). Strongly influenced by dadaism and surrealism, it organized happenings, painted absurd graffiti dwarfs on city walls, which became its symbol and was one of most picturesque element of Polish opposition against communism and inspiration to similar movements in several East block countries. Orange Alternative has been viewed as part of the broader Solidarity movement. Academics Dennis Bos and Marjolein t'Hart have asserted it was the most effective of all Solidarity's factions in bringing about the movement's success.
Topic of presentation Waldemar Fydrych, and Agnieszka Couderq: The Orange Alternative or how to abolish totalitarian regimes by the peaceful means of absurd humor and art

István Szakáts \ AltArt (Cluj, Romania)
He is a media artist and film director and holds a BA in Fine Arts (2003) and a MA in Computer Sciences (1992). He teaches dramatization / animation at the Cinema, Media and Television Department of the Babes-Bolyai University in Cluj. István Szakáts has directed and edited of over 200 short films, TV productions, animations and media art projects. He is founding member and president of the AltArt Foundation.
Social Guerrilla presentation explores the potential and the limits of a global social guerrilla movement, based on John Boyd’s cell concept, an e-bay of social trust, and some cryptography. 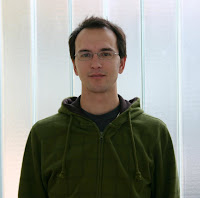 Jovan Jaksic & MAGNET group  (Novi Sad, Serbia)
Jovan will present  video “ Jugglers of all countries, unite!” ( 5 min )
Animation at the tank from II World War which is a part of the collection of Museum of Vojvodina ( ex Museum of socialistic revolution ) . Performer-juggler  with 4 partisan bombs ( from the collection of museum ) with  soundtrack from famous partisan movie in background – The song “Padaj silo I nepravdo!” “Down with power and injustice!”. In the same building now is Museum of contemporary art of Vojvodina  that gives an interesting context  for work. Video is created  for  the Night of the museums in Serbia in 2010.

Svetlana Poleschuk (Minsk, Belarus)
Lecturer in European humanitarian University
Specializes on specific studies of photo art in Belorussia, the functionality of Photography in culture and problems of visual practices.
Her presentation focused in topic: Between Pictorialism, Conceptualism and Politics: the Dilemmas of Photography in Belarus
Vadim Zamirovsky  (Minsk, Belarus)
Photographer, reporter, social activist. Brings to Kyiv his slide-Presentation of photos from Revolutionary moments in Belarus


Participated in many international exhibitions and festivals. Among them are Art Pole (Ukraine), “Transform” festival in Warsaw. As a partner took part in “Mute nights” film Festival.  Curated Art project “Trolley” in Odesa in 2010.
Ganna  Yakovenko
Art-project manager, media coordinator in Art travel . 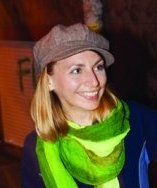 Has an experience in art-management and PR-activities. Worked in the position of producer-assistant in Production company and in Pinchuk Art Center as  a guide (Exhibition of Damian Hirst in 2009)
in 2008 worked in Production agency “Proscurnya Production” in the position of Producer assistant, project-manager .
In 2009 became a cofounder of art formation “Art Travel” together with Kateryna Radchenko. In April 2010 realized common art-project “Art trolley” in Odesa as a project manager and media coordinator.  Social activist, Bike day media coordinator in 2007-2010